While many doctors with hearing only worry about earning good grades in their classes–doctors with deafness worry about admission to medical school after the good grades. In the past and perhaps in the present–doctoral candidates who are Deaf or Hard of Hearing wondered if they would be admitted at all, despite their other abilities.

Some pursued their profession past all advice and against the rejection from myriad medical schools. Another crossed the communication barrier and became a Certified ASL Interpreter to meet the needs of patients who wanted to openly communicate with their physician.

The following doctors are pioneers that have opened doors to medical school for people with hearing loss or deafness, and to the Deaf Community. They opened the minds of a Hearing Community that didn’t understand their abilities were less by the ability to hear than by the societal attitudes that believed they couldn’t achieve.

Dr. Judith Ann Pachciarz lost her hearing as a toddler, according to Celebrating America’s Woman Physicians. She believes she may be the first deaf person in history to earn both a Ph.D. and an M.D. She is also the “first profoundly deaf woman physician.” Dr. Pachciarz served as doctor at the 1985 World Games for the Deaf in the Los Angeles area.

Dr. Pachciarz advocated for the right to study to be a doctor when they were considering Section 504 of the Rehabilitation Act.

“In 1963 I met all the qualifications for medical school admission as I did in 1979. In 1977 I wrote Health Education and Welfare Secretary [Joseph] Califano, who was considering the provisions of Section 504: ‘I am a thirty-five year old deaf woman who has wanted to be a doctor of medicine since early childhood. I have encountered resistance and discrimination at every step from grade school through graduate work to a Ph.D…thus the enthusiasm, expertise, and dedication I could provide to health care…is denied…When will our equal educational opportunities be protected under the law? Fifteen years—how much longer do I have to wait?’ Secretary Califano signed Section 504 after concerted collective action, and I was accepted into medical school two years later,” she said in the article.

At the time of the article, Dr. Pachciarz was a hospital pathologist and director of the blood transfusion service at Charles R. Drew University of Medicine and Science in Los Angeles.

According to a CNN report, Dr. Phillip Zazove, who is deaf, “makes patients feel heard.” Zazove, who has profound hearing loss, was the third if American physician. Not only does he serve the Deaf and Hard of Hearing Community, but he also mentors doctors who are deaf.

According to the article, Dr. Philip Zazove is an author, physician and chair of the Department of Family Medicine at the University of Michigan.

Drs. Pachciarz and Zazove were both told as children not to expect much for careers. They chose to be pioneers and advocates, instead of giving up.

DR. AND INTERPRETER WHO RAISES THE BAR FOR DOCTORS

According to an article in the Pittsburgh Post-Gazette, Dr. Deborah Gilboa is “one of the few doctors in the nation who is fluent in American Sign Language.”

“People who are deaf or hard-of-hearing are said to be one of most under-served disability populations in terms of health care. Lack of sign language interpretation is the most frequent subject of Department of Justice cases regarding compliance with the Americans with Disabilities Act in health care settings, according to the website ada.gov,” according to the article.

Dr. Galboa said doctors need to step up and meet the Deaf Community’s needs, “The deaf community puts up with uncertainty about their health care that leaves them poorer for it, and I don’t mean financially. As doctors, we want to know what’s really going on. The deaf community’s expectations of doctors is very low. We need to raise those expectations.”

FROM THERE TO WHERE?

How will societal attitudes limit future physicians with deafness or hearing loss? How many physicians will opt to learn ASL, or at least adopt methods of communication that are suitable for truly understanding procedures and conditions? 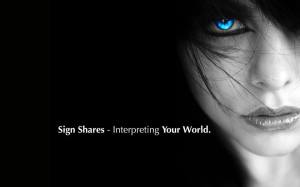 Sign Shares, Inc. can help! We provide services for people with deafness, hearing loss, and deaf-blindness, as well as foreign language translation for people with hearing.